At Walter Carter Funerals, we are committed to providing our community with compassionate service to help alleviate some of the stress when arranging a funeral.

Whether it is a traditional service or something more individual, allow us to partner with you in saying goodbye to your loved one in the most personalised way possible, telling their unique story.

Drawing on over 130 years of generational family service, we continue to meet our Sydney community’s ever-changing needs, as an independent, family-owned, and operated funeral provider. 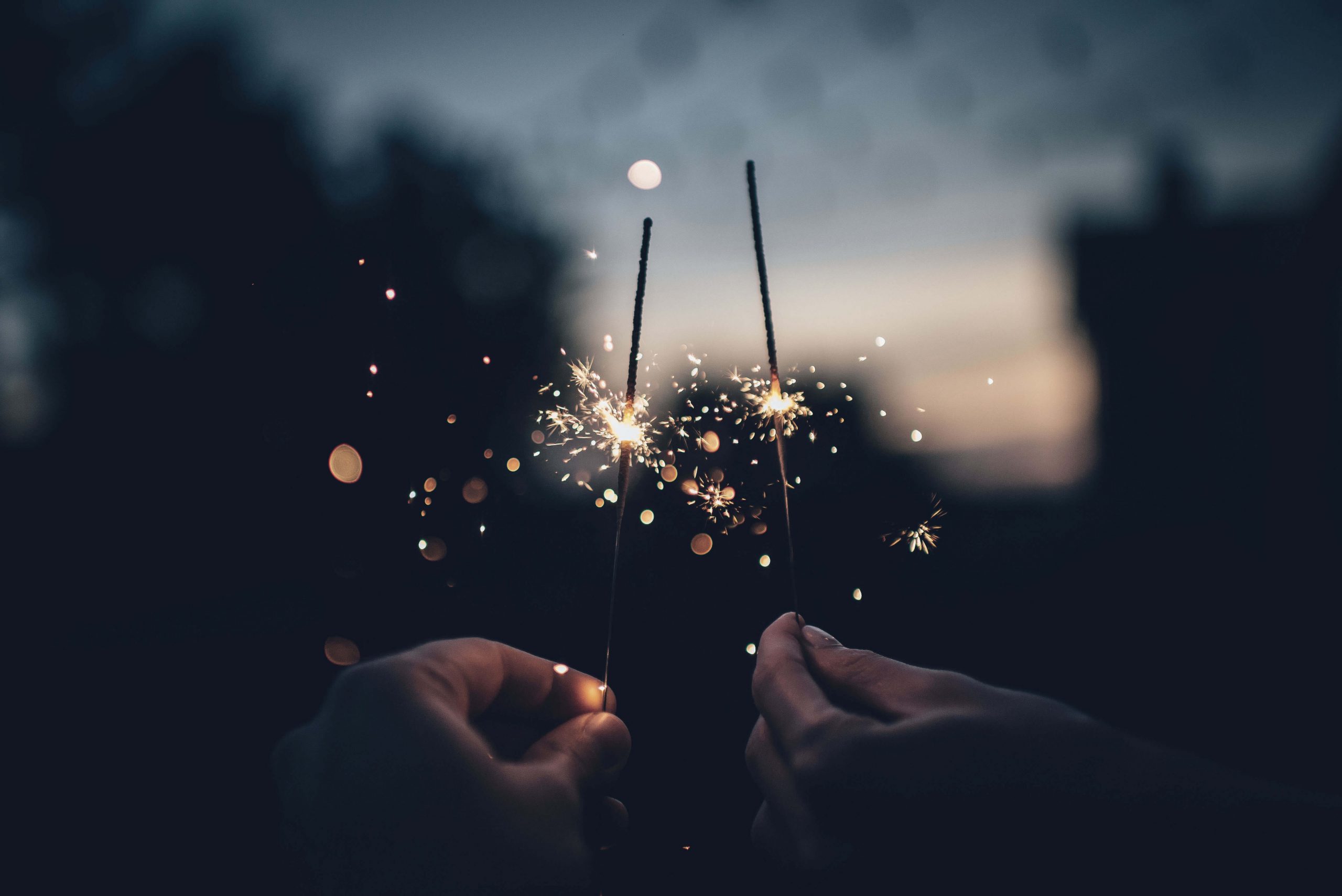 This service is all part of the Walter Carter Funerals experience and gives you a friendly, reliable face to act as a guide through what is often a very difficult time.

Drawing on over 130 years of generational family service, we continue to meet our Sydney community’s ever-changing needs, as an independent, family-owned, and operated funeral provider.

Arranging a farewell reflective of your loved one

There is no longer a standard format that every farewell follows, and today’s funerals can be as traditional, contemporary or cutting edge as you like.

It’s your choice, and we’re here to help craft your vision into a bespoke service that is reflective of the life’s story you wish to tell.

Five generations of our family have been helping Sydneysiders say their final goodbyes for decades. From this experience, we understand that arranging a funeral can be a daunting undertaking even for the strongest people, which led us to offer our Concierge Service.

From the time you first contact us, a carefully selected, expert member of our team will work with you right through to the service, be available to answer all your questions, and help carefully create a funeral that’s right for you.

From beachfront services and parkland memorials to state funerals and large-scale farewells in bespoke venues, we can assist your family from our private offices in Waverley or at a place of your choosing. 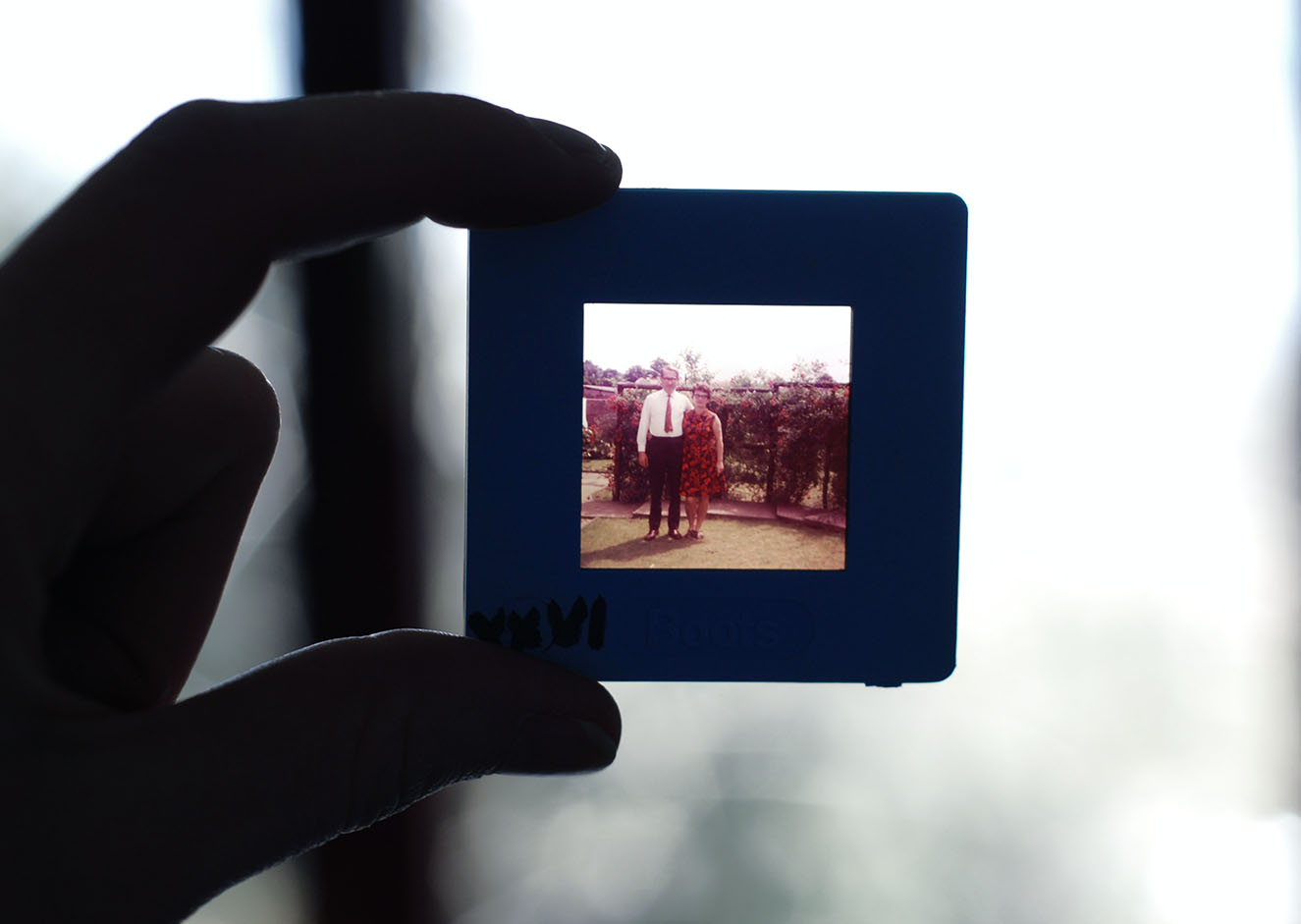 Pricing you can trust

With compassion and respect at the centre of all we do, the Walter Carter Funerals team is committed to providing the highest standard of service to the families we serve. Importantly, this includes no hidden costs.

Every step of the way, full transparency and reliable service underpins all that we do. We commit to complete pricing transparency, and through our Concierge Service, your Funeral Consultant will talk you through the entire process.

This ensures you have all the information you need to make informed choices you’re comfortable with.

Our community is continuously evolving, and we are committed to meeting these ever-changing needs with reliable, caring service –something that generations of families have come to expect from Walter Carter Funerals for the last 130 years.

This service consistently exceeds the regulatory and industry standards set by The Australian Funeral Directors Association and Australian Government, and we have also set out what is best practice in our Walter Carter Funerals Service Charter.

Providing dependable service that is always one step ahead of your family’s needs is what we do. Your personal Funeral Consultant is there to offer bespoke support and help guide your family through this challenging time.

With Walter Carter Funerals, you’re not alone in taking the first step in saying goodbye.

Why should I consider a funeral?

No matter what the ritual, funerals are a way of saying goodbye to someone we have loved. They are a public, symbolic means of expressing our grief, acknowledging the reality of death, and mutually supporting each other. To find out more, visit our resources centre yourloss.com.au.

You choose the location

We recognise that a funeral service doesn’t necessarily need to be held in a church or chapel,
or at a cemetery or crematorium.

While we offer our own private, boutique space for families to farewell their loved one – the gathering space at our Waverley premises in the Eastern Suburbs – we can also deliver crafted farewells across Sydney.

From local parks, theatres, or community clubs, right through to your own home, or even a place that holds a special meaning, the Walter Carter Funerals team can help you explore what options are possible. 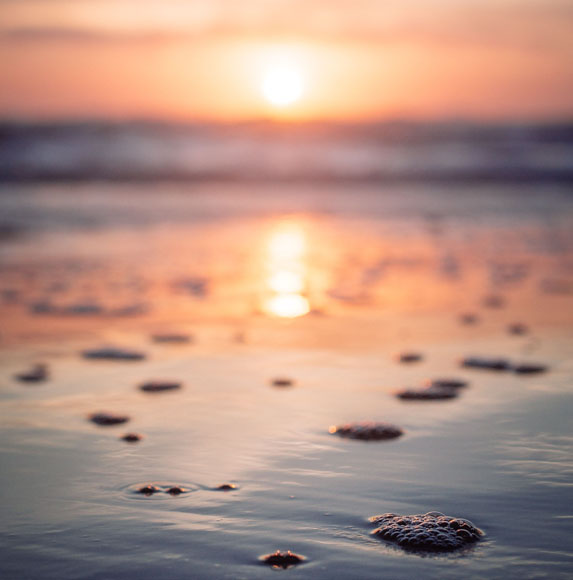 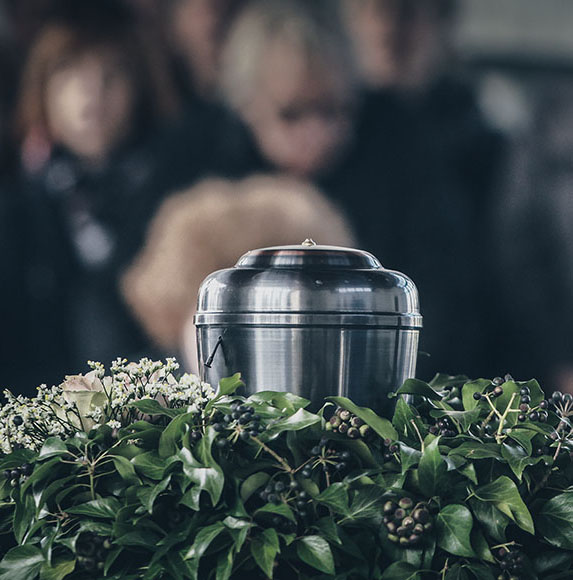 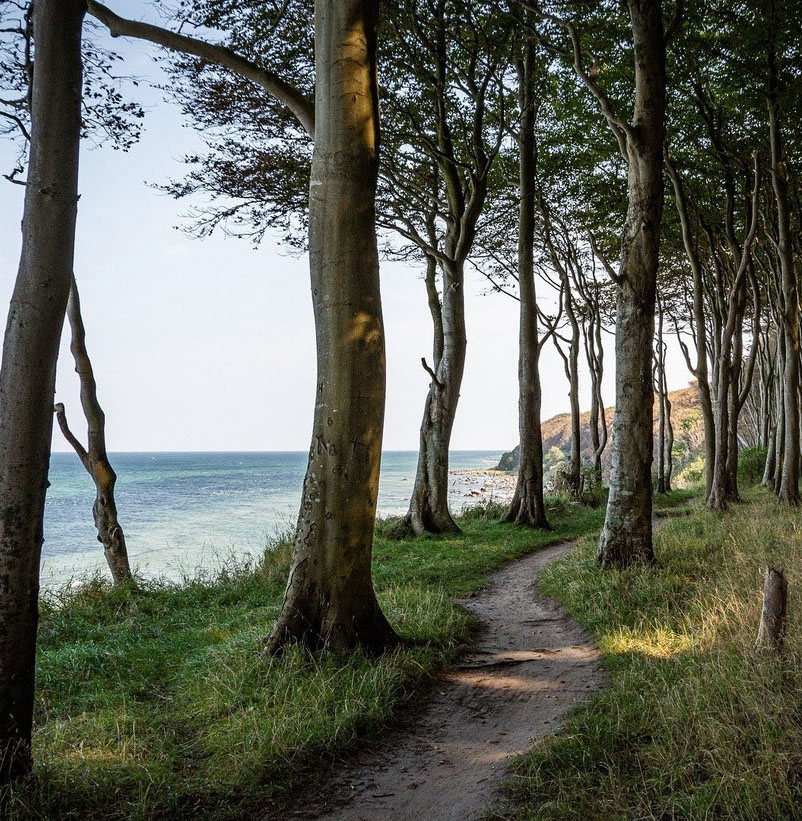 Dear Chris and your colleagues at Walter Carter Funerals Waverley, albeit we have spoken, I wanted to record our sincere thanks for organising everything so beautifully for mum last week & for all the support you gave us during the last fortnight. Having you ‘by our side’ made a very difficult & emotional time bearable, for which we give thanks. We hope you have a happy festive season and some much deserved down time. You certainly did ‘make a difference’. Thank you.

All I can say is that you couldn’t ask for a better team to help you through such a sad time. Dealing with death is always difficult and a very personal experience – and these COVID-19 times make it even more complicated. After two weeks in quarantine (my mum died two days before I was released), my brother and I chose Walter Carter Funerals, as they came so highly recommended by friends. From the start, when Chris arrived to pick up mum, to the end of the service overseen by Richard, we cannot fault a thing. There is only praise to give! We needed maximum capacity and they not only arranged a chapel with 50 people inside and 50 more outside, but also a beautiful livestream for all mum’s family and friends around the world (who we couldn’t fit into the 100 person limit).

Thank you again for co-ordinating the complex travel arrangements required for organ donation, and thank you for your superb handling of the details of the somewhat small service this morning.

I recently lost my 21-year-old daughter, suddenly and unexpectedly. The shock, distress, grief and gamut of negative emotions were overwhelming. However, during this incredibly stressful time, the team at Walter Carter Funerals provided me with great assistance, comfort, compassion, respect and advice. They literally and figuratively held my hand every step of the way. Richard Gosling was outstanding and I will forever be grateful for his presence and advice, and the genuine care and respect he showed towards me, my family members and close friends. So many of the people who attended the funeral commented that it was the most beautiful and memorable funeral they have experienced, and praised Walter Carter Funerals for their discretion and professionalism. I would highly recommend Walter Carter Funerals.

Walter Carter Funerals is an Australian-owned family business that I’m proud to be associated with. It’s sad that so many caring family businesses like yours are no longer around in the industry. Thank you for helping me in my time of need. Without you, I would not have the feeling that I did everything just right for Gary and gave him the dignity and respect he deserved. It is very comforting to feel that I have no regrets and did not fall short in any way. You gave me that feeling.

Steve, I would like to express my sincere gratitude for the support, compassion and kindness shown by you and your team during a very difficult period of my life. You were amazing in guiding me through the process and your professionalism really shone through. Thanks for doing such an awesome job.

Thank you so much for everything you did yesterday. Such a perfect send off for Denis. He would have loved the laughter and the stories.

From my first contact with Walter Carter Funerals, I felt at ease and confident that everything would be done according to my wishes for my wife’s funeral. I was amazed at the efficiency with which Chris Anson organised everything. His gentle ways and wry sense of humour gave me a sense of strength – knowing a true professional was running things. You should be proud of your funeral team. They are fine ambassadors for a brand with such rich history in the area.

I would like to say thanks to the entire Walter Carter Funerals team for the support they have provided to my family over the last few weeks. It was an experience our family could have done without, but your team made the whole ordeal much easier to cope with. Everyone was extremely supportive and caring, and the final service was just what we wanted.

I would like to express my sincerest thanks to Walter Carter Funerals. The professionalism and compassion from the team was exceptional and led to the private cremation and subsequent memorial service being both an enormous success and a fitting farewell for a remarkable man. The Walter Carter Funerals team showed an outstanding ability to be supportive, professional, compassionate and extremely well organised throughout the whole process. The feedback from everyone who attended the service was extremely complimentary and I will certainly recommend the services of Walter Carter Funerals, without question.

I would like to record my grateful thanks to the many members of your staff for the manner in which they contributed to the overall success of my late wife’s service. For several years, Gwen and I had discussed the manner in which our departures would be best handled, both for us and our family, and everything we desired was precisely as we wanted. Thank you too for the way in which you so professionally helped our son Christopher, who bore the responsibility of establishing all of the arrangements.

An amazingly beautiful service. The Walter Carter Funerals team were supportive, nurturing and professional. I really appreciate all your efforts.

I would like to pass on my gratitude to your staff for their professionalism in arranging my husband’s funeral on 7 January 2016 at St Francis of Assisi, Paddington. From our first meeting … to the actual day of the funeral and the follow-up formalities, my children and I were treated with understanding, courtesy and just the right dose of good humour. At every stage, I noticed attempts were made to spare us distress and to make the arrangements as easy as possible for us. Their efforts and compassion made a very sad time a bit easier to bear.

I am a registered nurse, working privately with senior clients primarily in the Eastern Suburbs. Recently I took an elderly and frail client to a funeral at St Michael’s Church in Vaucluse. I was able to park in the driveway in order to avoid her having to climb the stairs. I parked next to the funeral car. The men from Walter Carter Funerals were most helpful to both myself and my client. One of them helped my client out of the car and escorted her safely into the church. Another helped direct me in turning my car around in a difficult spot – I could not have managed to do so without him. I wanted to pass on my thanks and compliments to your staff – they deserve to be praised. I don’t know how I would have managed if they had not come to my assistance. 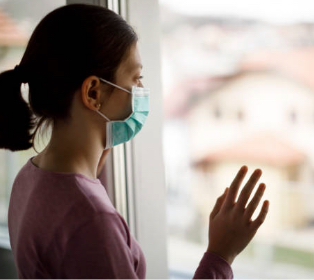 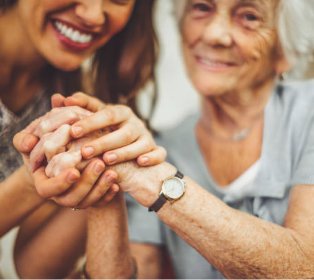 Lost without her: Missing your mum on Mother’s Day 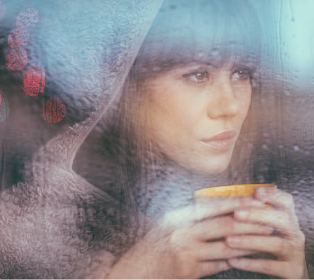 Get to know us

Keep up to date on the latest from Walter Carter Funerals